Making a prefab house out of concrete.

It’s not an ideal material to work with when it comes to building a home. In fact many mortgage lenders take a dim view of such properties. Mortgage advisors hate to hear the word “No” when they ask “is the property of standard construction”. Go back to the 1940’s and 50’s  and there were a huge amount of these properties going up. It was to plug a shortfall in the lack of available housing for the suddenly homeless people that the Second World War had created. Furthermore people were sick and tired of living in poor quality, flea and mould infested dumps that had no access to light. They had given up their Sons. Fathers and Husbands fought for the country and it was time the Government and the ruling class gave the families of the Nation something back. They had elected a Labour Government to do it and this new administration was determined to see it through. They needed to get houses built quickly and cheaply. One of the best ways to do that was via sheets of concrete bolted together. 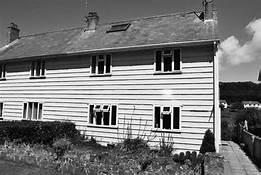 Precast Reinforced Concrete was the answer to the problem. The winters of the 1940’s were some of the worst on record and it was of paramount importance that people were housed as soon as possible. Local Authorities took on the mantle and used Precast Reinforced Concrete as the way to do it. The production of the house is simple. A steel frame work is put up first. This creates the space and boundaries from which the house will find its anchor. Then large sheets of concrete are screwed into the frame and bolted in place. It takes a considerably less amount of time to make these homes then it would to really on brick. Secondly, it was seen as a better alternative to the tin structures that were also being put up. 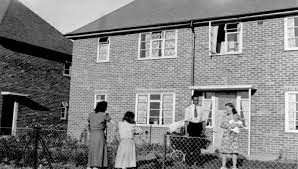 Types of construction were the Airey and the known of them were expected to last for many years. Leeds saw the most dense collection of PRC but these were machine built and were thought to last longer than the standard PRC’s being built. Over the 10 year period from 1945 to 1955 some one and half million homes were built. An increase of rental from the local authority saw them start to come into their own.

Inside was like a mansion or at least so it seemed to the people who first got them. In many cases they were going to a 3 to 4 bedroom house with a kitchen, dining and living room. This was a world away from the 1 bedroom kitchen, living dining rooms that they had previously experienced. A working flushing toilet, one inside and one out was also a revelation. By the 1980’s many had been defined as defective and condemned. Others were corrected, bought from the council privately and are still in use today. Make sure you check with the Building Survey Manchester based experts Sam Conveyancing before you buy one.

Taking the stress out of moving home

What to Look for from a New Mobile Phone and Contract