Gestational diabetes is a type of diabetes that can occur at any stage of pregnancy, but that is more common during the second half of pregnancy.

Future moms who have gestational diabetes should not worry too much. In most cases, this type of diabetes disappears after giving birth.

This study shows that an adequate preventive regimen is the best remedy to avoid the effects of gestational diabetes. But what exactly is this disease? How can we fight it?

What is gestational diabetes? 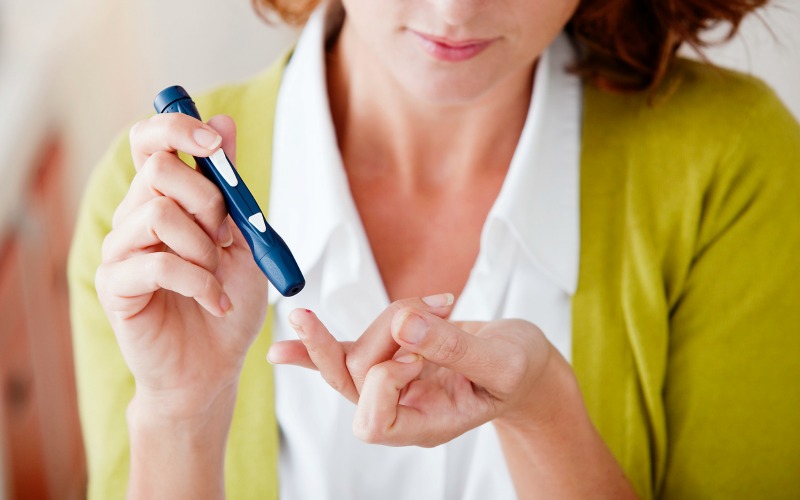 It is because the placenta generates hormones that can increase the accumulation of glucose in the blood.

In most cases, the pancreas produces enough insulin to handle that situation. However, when the opposite occurs, blood sugar levels increase. This is what causes gestational diabetes.

During pregnancy, the placenta, which connects the baby with the blood supply, produces high levels of hormones. Almost all of them impair the action of insulin in their cells, and may raise the blood sugar level. However, keep in mind that the increase in blood sugar after meals is normal during pregnancy.

The problem comes when this increase in sugar becomes excessive. As the baby grows, the placenta produces more and more hormones that counteract insulin.

How is gestational diabetes treated?

Blood sugar levels can be reduced by changes in diet and physical exercise. Maintaining a healthy weight and following an adequate diet plan can help prevent or minimize the risks of gestational diabetes.

In addition, some women will also need medication, if changes in diet and exercise do not reduce blood sugar sufficiently.

Below you will find a series of effective tips if you want to reduce gestational diabetes.

Choose foods high in fiber and low in refined carbohydrates. Concentrate on fruits, vegetables, meat and whole grains. Make an effort to include healthy food to help you achieve your goal. However, for this it is not necessary to compromise the flavor of your meals, or the quality of your nutrition. At the same time, you should be aware of portion sizes.

A dietitian or doctor can help you create a healthy eating plan. In this way, you will learn to control the level of blood sugar during pregnancy through food. A little research will allow you to find tasty recipes for people with diabetes.

Exercising before and during pregnancy can help protect you against the development of gestational diabetes. For this, it is advisable to perform 30 minutes of moderate physical activity almost every day of the week.

It is important that you keep in mind what is the best type of exercise for pregnant women. In general, going for a walk or running will bring you many of the benefits of other more intense disciplines. However, their risks are much lower.

If changes in diet and exercise are not enough to keep blood glucose at safe levels, you may need to take medication. Of course, you should only start doing it after consulting with your doctor.

Due to safety reasons, your doctor will probably order you to try many other action plans beforehand. However, in extreme cases it is possible that they prescribe it to you.

The women who take insulin need to monitor their blood glucose levels more often. This is necessary to determine the appropriate doses, and when they have to take it in relation to the meals.

Because pregnancy causes the body’s need for energy to change, blood sugar levels can change very quickly. Therefore, in the most extreme cases, pregnant women should control them approximately four times a day, according to the doctor’s instructions.

Gestational diabetes is a relatively rare disease. However, it can appear in any pregnancy, so you should be careful if you notice any symptoms. If you think you may be suffering, consult your doctor about what you should do.

Presentational Diabetes what awaits me in pregnancy?

Having diabetes before becoming pregnant could have serious consequences for both mother and baby, if not treated correctly during the first months of pregnancy.

Diabetes is a disorder that makes the concentration of sugar in the blood too high. This occurs when the body does not produce enough insulin or the body tissues develop resistance to the action of insulin.

Type I or Insulin-dependent diabetes: its appearance is usually from childhood to adolescence, and sometimes has an important hereditary component.

Type II diabetes: usually begins in the adult, has a genetic and environmental predisposition for eating habits and obesity tendency.

When a woman suffering from diabetes becomes pregnant, she will suffer from pre-gestational diabetes. If the mother does not control glucose during the first trimester of pregnancy and in the period immediately prior to pregnancy, paying great attention to controlling this disease, the risks of having a bad pregnancy result will increase.

Some of the effects of this disease in pregnancy are the increased likelihood of failure of placental function, presence of hypertension, urinary tract infections, vaginal candidacies, polyhydramnios, intrauterine growth retardation, premature delivery and fetal malformations.

The type and severity of poorly controlled diabetes in the first trimester. It can be associated with some fetal malformations, fetal growth alterations, being more complex when they present a restriction of fetal growth, premature delivery as a result of hypertension or delay in growth.

When pre- gestational diabetes is not compensated in the second half of pregnancy or close to delivery, the risk is increased Macrosomia, ie, that babies are larger at birth, which implies possible traumatisms in childbirth. In addition, the newborn can have hypoglycemia (low blood sugar) that requires hospitalization and serum glucose placement. Who may present cardiovascular compromise.

Care of the pregnant woman with pre-pregnancy diabetes

The expert from Clínica Las Condes, recommends that women with diabetes should be checked before trying to get pregnant (preconception) with a specialist in pathological pregnancy (Maternal Fetal Medicine) and their diabetologist. Both will be responsible for verifying a good glucose level in at least the three months prior to pregnancy, during conception and the rest of the pregnancy. In addition they will suggest the intake of folic acid.

This is very important, because it is in the first weeks of pregnancy while the organs are formed and the implantation of the placenta begins and where the greatest complications associated with diabetes also occur.

Once the pregnancy has begun, glucose levels are monitored, considering that as the pregnancy progresses, the severity of some type of diabetes increases, so it is often necessary to add or increase the dose of an oral hypoglycemic drug or possibly insulin. .

To avoid complications, expectant mothers with pre-gestational diabetes should have an adequate diet, check their blood sugar frequently, have up-to-date controls with their doctor, drink plenty of fluids and maintain a medium weight.

It is important to note that with good control during pregnancy, most of the time it is possible to carry a pregnancy to a good result for the mother and her child.