Diabetic foot: How to recognize and cure it

The diabetic foot (or neuropathic foot) is one of the most common complications of diabetes. It is an extremely debilitating disease, which causes anatomo-functional alterations of the foot and ankle.

It manifests itself with the onset of lesions and ulcers in the feet which, in the most serious cases, can also lead to amputation of the limb. The diabetic foot is determined by the malfunctioning of the nervous system (neuropathy) and of the cardiovascular one (arteriopathy). Both of these conditions are derived from diabetes.

In the case of diabetes, and in the presence of suspicious signs and symptoms, it is therefore very important to consult your doctor immediately. A quick diagnosis of the diabetic foot, in fact, allows to implement the necessary measures, to avoid the worsening of this pathology.

Obviously, it is even more important to act at the base, i.e. avoiding the onset of metabolic diseases such as diabetes. A healthy lifestyle, made of regular physical activity and a correct diet, allows a good control of glycaemia and other cardiovascular risk factors, thus reducing the possible onset of diabetic foot.

What is a diabetic foot?

The definition of the World Health Organization (WHO) says that the diabetic foot is “the condition of infection, ulceration and / or destruction of deep tissues, associated with neurological anomalies and various degrees of peripheral vasculopathy of the lower limbs”.

Both of these late complications of diabetes cause poor sensitivity to the lower limbs, which gives rise to two different pathologies …

The causes of the diabetic foot

As already specified, this pathology is a chronic complication of diabetes mellitus.

There are several complications that can arise due to diabetes: we are talking about cardio logical pathologies, kidney failure, problems related to the nervous system and even blindness.

Yet the diabetic foot, due to the ulcerative lesions it causes on the lower limbs, involves one of the biggest risks for the health of those suffering from diabetes. Moreover, it is also one of the most common complications: the WHO estimates that about 15% of people with diabetes will have to deal with foot injuries that require specific medical treatments. 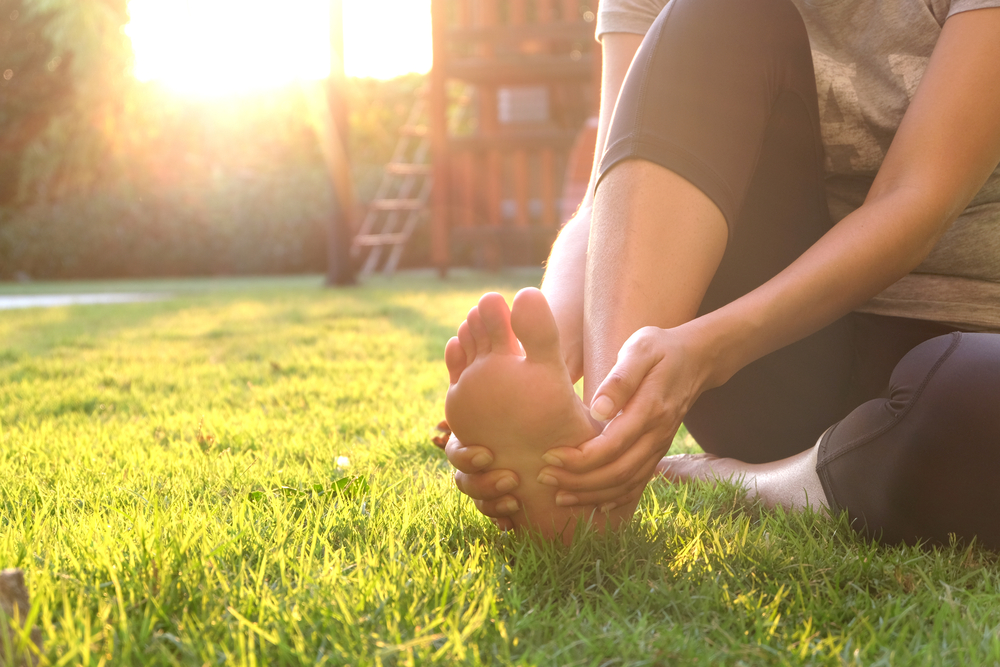 The symptoms and consequences of the diabetic foot are slightly different in the case of neuropathic or ischemic foot.

The most common symptoms include:

The most common and widespread complication due to the diabetic foot are ulcerative lesions, which usually develop in the toes or plantar area of the feet. In turn, these ulcers can cause gangrene in the affected limb, which is the death and decomposition of the tissue, due to the interruption of blood flow to that part of the body.

This is why these ulcers can be more or less dangerous depending on the degree of arteriopathy: the less blood the limbs receive, the more difficult the scarring and the higher the risk of gangrene. A vicious circle could indeed be triggered, leading to continual bleeding or infection. If left untreated, the infection can spread to underlying tissues, including bones (osteomyelitis).

The infection of an open ulcer is the most serious complication of the diabetic foot: this is the cause of most of the amputations, with loss of the whole foot. Still according to WHO estimates, more than 50% of all major amputations are performed on diabetic patients and in 84% of cases they are due to a foot ulcer that does not heal and worsens.

How to treat a diabetic foot

At the base of an effective treatment, there is a correct and early diagnosis: analyzing the foot with regularity and timeliness allows in fact to avoid the worsening of the pathology.

To reduce the risk of more serious damage, such as amputations, constant therapy is essential, to be carried out in conjunction with periodic blood glucose checks and all the other tests prescribed by the doctor of confidence.

Pharmacological therapy must be combined with a series of fundamental precautions to limit the development of serious complications.

Since the diabetic foot is a complication of diabetes, nutrition plays a fundamental role, to avoid the worsening of both diseases.

The diet for diabetics must be limited in the consumption of sugars (especially simple ones) and saturated fats. It is also very important that the daily diet is rich in fibers (which allow a slower absorption of sugars, controlling blood sugar levels) and is accompanied by regular physical activity.

Moreover, the diabetic patient must try to be regular in meals, so as to keep the blood sugar level as stable as possible, and to control the glycemic index of the foods he brings to the table. By glycemic index, we mean the capacity of a given food that contains sugars to raise the blood sugar following its intake. For example, rice and pasta have more or less the same sugar content, but rice starches are more easily absorbed, causing the glycemic index to rise.

Knowing the glycemic index of foods is essential for a diabetic, because it allows a better food choice.

To treat but also prevent the onset of the diabetic foot, it is very important to pay close attention to the feet, without ever underestimating the problems. In fact, very serious situations can arise from apparently insignificant injuries. For this reason, in case of suspicious symptoms, it is preferable to avoid treating yourself and contact your doctor.

In addition to constant blood glucose control, there are some tricks of foot hygiene that you can take …

It could be thought that, since it is a pathology that affects the feet, sport is not a recommended activity in the case of a diabetic foot.

Instead, it is important to exercise moderately and regularly, both to combat diabetes and to promote blood circulation in the lower limbs.

When choosing a physical activity, it is important to follow the instructions relating to sports in the condition of diabetes, choose appropriate footwear and always pay attention to the state of the foot after training.

The best way to prevent the diabetic foot is to monitor the original pathology, or diabetes, first of all by paying attention to one’s diet. Then, regular checks are important, allowing you to immediately notice any manifestations of complications.

In the case of diabetes, you can prevent the diabetic foot by following some guidelines, which are …